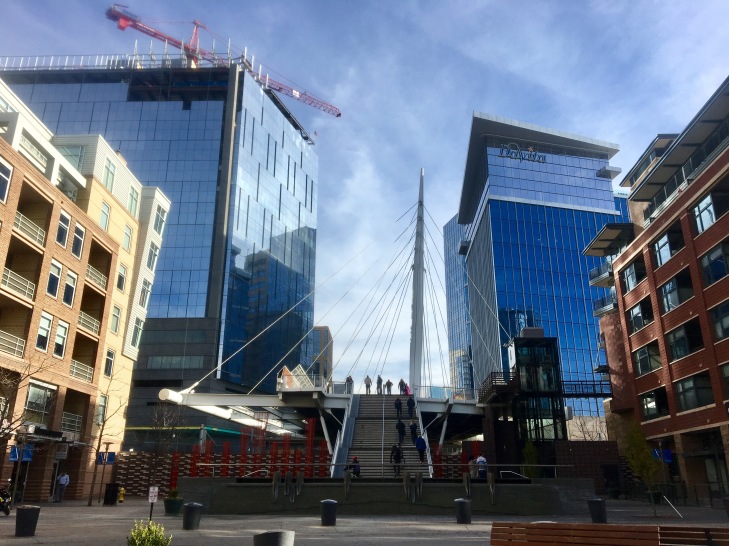 I’m about to tell you a secret. But only if you promise not to laugh. And only if you don’t tell my friends on facebook.

Last Friday night I went to friend’s wedding in Denver, Colorado. Last Friday night, five minutes before the ceremony started, I totaled my rental car — right in front of the wedding venue.

It was one of those days when, up until that moment, everything seemed to be going well. I’d caught up with an old friend the night before and run a decent 7.5 miles in downtown Denver earlier that day. It was beautiful out, and I was proud of myself for making the trip. (The bride, Jen, is one of my oldest friends, and though Denver isn’t next door to Tennessee, her wedding was something I couldn’t miss.) I even managed to get ready on time and felt pretty in my dress. (Sadly, this is not always the case.) My only concern as I approached the venue that evening, then, was . . . parking.

I made a mistake.

I entered an intersection crossing a one-way street without seeing a stop sign — or the oncoming traffic. In fact, I never saw it. In the blink of an eye my world went from silence and Siri to screeching breaks, crunching metal, ssss-ing smoke, and inanity inside my head. Oh my god, oh my god . . . What just happened?

When my car came to a halt in the middle of the road (right beside the venue), I was in shock. The rental car, the rental car, the rental . . . Jen’s wedding is starting, Jen’s wedding is starting — I looked at the clock — in seven minutes. This can’t be real; this can’t be . . . Oh no, oh no, oh no. In all my life and seventeen years of driving, I had never been in a “real” car accident until that moment. I had no idea what to do.

A crowd had gathered on the sidewalks. People, many of whom were involved in the wedding, were calling out to me. “Are you okay?” Their voices came as if from within a fog. Finally a man in street clothes caught my attention; he made a downward motion with his hands and pointed to my window. “Oh- ohhh.” I suddenly understood. The front end of the car was gone, but my power windows still worked. I rolled mine down.

“Are you okay?” he asked, concerned.

“You might want to get out. The car is leaking fluids pretty badly.”

“Can you put the car in neutral? Maybe we can push it to the side of the road?”

I put the car in neutral and got out and watched as several men pushed it across the road. I was mortified.

On the tow truck.

Things got worse before they got better. I’d been hit by a red Ford F150. After hitting me, the truck had spun sideways across the road and suffered significant damage. A rear tire was blown. The front end looked like it’d been mauled. The driver was on his cell phone on the sidewalk, and at first I thought we were the only ones involved. When I finally had enough sense to walk over towards him, however, I saw that two other cars had also been hit. A Mercedes sat beside the road with its rear end smashed in. The car in front of it had been damaged, too. Someone said that they belonged to people involved in the wedding. Ohh nooo . . . Then someone said they belonged to the groom’s parents. OH NOOOO!!!!

I wanted to crawl into a hole and die.

But I was freezing. While the police reports were filed and phones calls made and insurance information exchanged, the sun had gone down. Colorado is cold at night in November, and I hadn’t been prepared to stand out in it in my dress. The driver of the truck was very kind and offered me his coat. “That truck is my baby; I’d just put new tires on it,” he mused. “But it’s okay; they’re called ‘accidents’ for a reason. I’m just glad everyone’s okay.”

I couldn’t accept his coat, though. Not after what I’d just done. I shivered instead.

I missed the wedding — watched the kiss from outside the gallery’s clear glass windows — and called the rental car company to report the incident and request a tow during the reception. Friends and loved ones gave me rides home and to the airport the next morning, and at the end of the day, I knew I should be thankful things weren’t worse: medical bills on top of insurance deductibles would just about break me right now. But sometimes it’s hard to be thankful; sometimes you just wish you could turn back time. My pride was wounded, and my mistake had caused great misfortune to others. Even now, trying to retell my story, my eyes well up with tears — and I don’t cry.

Next up: This one will be for you, Sreejit. I’ll email you!

A few pics from Denver and the wedding: 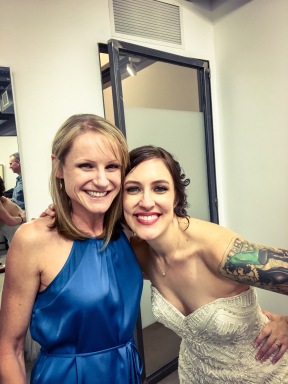 Me and the beautiful bride

From the running trail 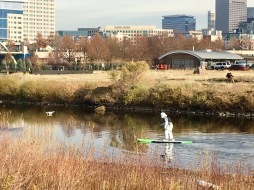