Restarting my blog at the same time I uprooted my life and started graduate school might not’ve been my best idea. Grad school is tough, and culture shock is real, people. (More on that later.) But, as Brandon Stanton said at the Tennessee Theater in downtown Knoxville a few days ago, I can’t keep waiting on “perfect.” Cuz perfect ain’t ever going to come!

For those who don’t know, Stanton is the creator of Humans of New York, a powerful photoblog featuring pictures and quotes from people around the world. Stanton started the blog in New York City in 2010 with a simple idea: Take pictures of people around the city; create a “map” of those people and where he photographed them. As the blog progressed, however, Stanton realized the map wasn’t necessary. What drew people to his blog were words.

Stanton started including quotes from the people he photographed, and then interviews. His following got larger as his stories got longer. (Currently it’s at more than 18 million.) He realized his blog’s universal appeal and traveled internationally to more than 20 different countries. He also did several series of interviews — with cancer patients, refugees, military veterans, and more — and from these, raised millions of dollars for cancer research and other charitable causes. Most recently he’s been working on a video series that builds on the same premise and is currently being released weekly on facebook. 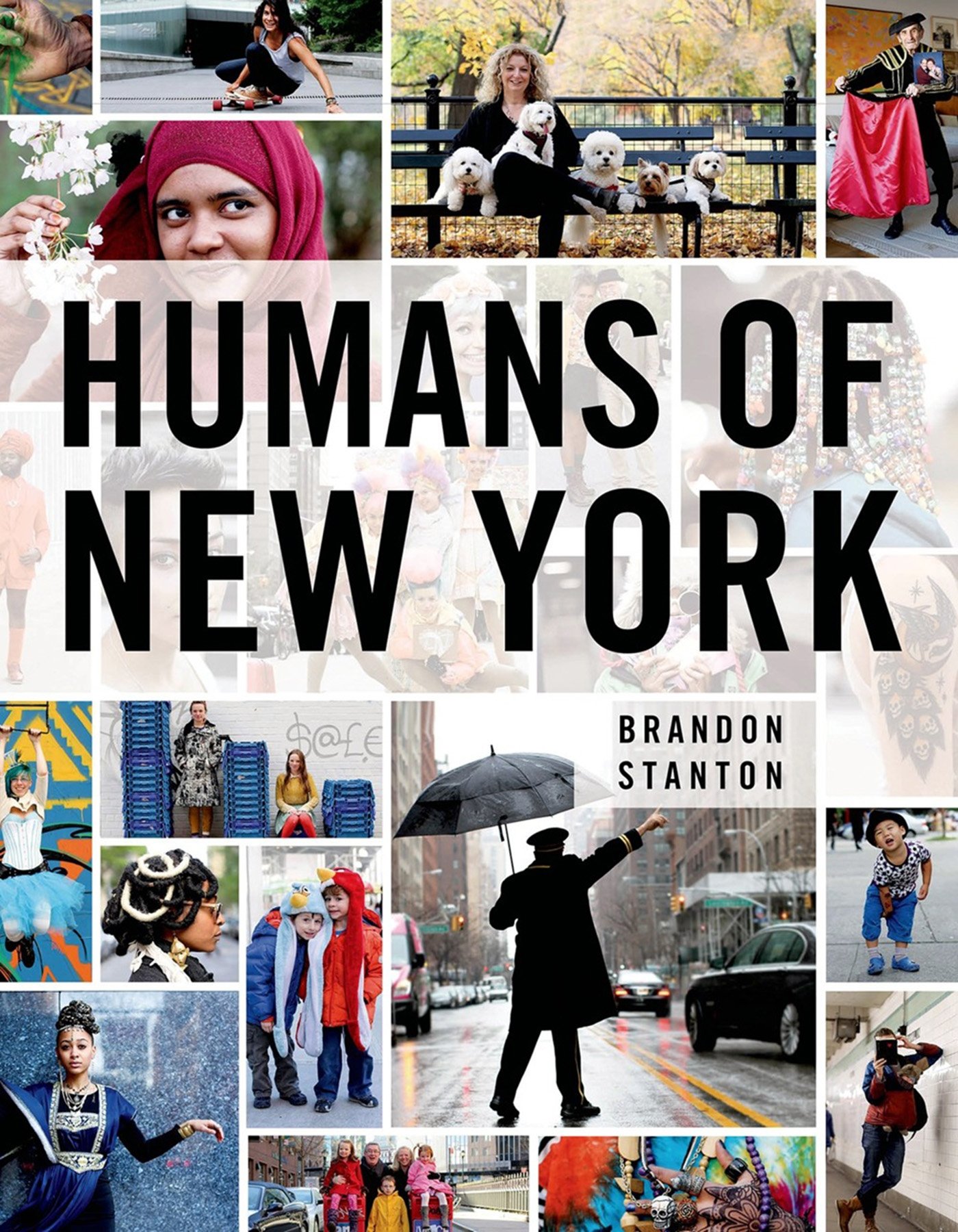 I started following Stanton’s blog a few years ago. It enticed me with its raw humanity. It clearly displayed everything I’d seen in Asia: No matter where you go, people are people. Stanton himself is also very down-to-earth, which has contributed to his success. During his performance last week, Stanton wore tennis shoes, jeans, and a zip-up hoodie as he shared the beginnings of Humans of New York and how he figured out what he needed to do. “I realized early on I was never going to be the best photographer,” said Stanton. “Humans of New York is not about photography. But what I do have is something many of the world’s best photographers do not — I have the ability to approach and talk to strangers.” (paraphrased)

Stanton shared several other great points that evening, which stood out out to me as applicable to both blogging and life. Here are just a few of them:

Brandon’s talk left me in tears. In the past four weeks I’ve started this post at least a dozen times. I’ve had great ideas but “never enough time” to finish them. I’ve had paragraphs written down, but they were never “good enough” to share. I’ve had thoughts whirling around, but they were too fragmented to be “worthy.” It’s true that grad school is demanding, and starting over in a new city hard, but if I am truly going to “begin again”– if I am going to “choose my work” (here on my blog and elsewhere) — something’s gotta give.

So tell me . . . What’s your trick for accomplishing your blogging and/or life goals? Have you seen Humans of New York? What did you think?

(Below is just a sample of Stanton’s work.)

“I prefer maritime laws to laws on land. Maritime laws only exist to guarantee safe passage. There are no loopholes or biases to favor more powerful vessels. Every ship is equal, and no one is more powerful than the sea.”

“Who’s influenced you the most in your life?”

“How has she influenced you?”

“When we get in trouble, she doesn’t suspend us. She calls us to her office and explains to us how society was built down around us. And she tells us that each time somebody fails out of school, a new jail cell gets built. And one time she made every student stand up one at a time, and she told each one of us that we matter.” “So do you do a different color every day?”

“No, I used to go through different stages. But then I found I was happiest when I was green, so I’ve been green for 15 years.”

“You want to hear what just happened to me? I was in the subway station, and this man came walking by me. He seemed really angry and was talking gibberish and screaming about how he was going to kill anyone who talked to him. So I thought: ‘That guy’s crazy; I’m gonna keep away from him.’ Then two minutes later another young man walked by and collapsed right in front of me and started having a seizure. I bent down to help him, and you know what happened? The crazy guy bent down and said: ‘He’s having a seizure! Turn him on his side!’ I thought: ‘Wait a second! Weren’t you just crazy?'”

“I want to build a bridge.”

“How do you build a bridge?”

“If you want to build a bridge it’s going to take a long time, and it might be hard because your employees might not be as interested in building the bridge as you are. You have to think about what kind of bridge you want to make. One type of bridge is a suspension bridge and another type of bridge is an arch bridge. The Brooklyn Bridge is a suspension bridge and it was built by John Roebling and his family, and that’s all I remember from the second grade. And the bridge has to be strong because the water can rise and push up the bridge. I’d maybe like to build a bridge in Wisconsin because there are a lot of people in Wisconsin who might not have bridges, but I don’t really know where Wisconsin is.”