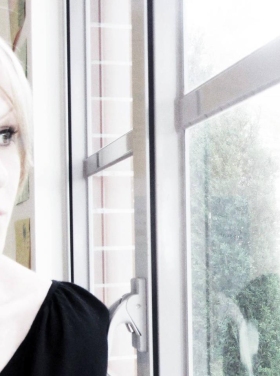 I had it all worked out. And then it didn’t.

I was working as a *teacher’s assistant, applying for jobs elsewhere. The teaching thing wasn’t going well: my student was a nightmare. I dreaded going to work every day, and then —

A reporting job came available. It was at a small paper twenty miles away, and it was perfect. The staff was small; the paper, bi-weekly. I didn’t have a lot of experience, but, surely I stood a chance here.

I had an interview; it went well. Wrote a test article; it went went well, too. And then I waited. And waited. The editor had had a few more interviews to do, so . . .

Meanwhile, back at school, I was transferred from kindergarten to first grade. Still not my favorite age group, but things were getting better. My new student was changing schools at the end of March, though, which meant . . . The perfect time to start a new job! Or so I hoped.

A week after I turned in my article, I contacted the editor. I now suspected the worst, but I had to at least follow up. That was a Friday. The following Monday, he responded. “Sorry for the delay. We actually offered the position to someone last week, and he has accepted. It was an internal candidate with a lot of experience . . . That being said, I really liked your article. How would you feel about **freelancing?”

I told him yes, of course, and have since been looking for the upside to the situation. Here are a few things I’ve come up with.

Because he said no:

So, all in all, there are actually a lot of upsides to getting turned down . . . Still, it would have been nice to have been able to announce to the world, “Jessica Cyphers, Reporter!” As if that would have somehow validated — me.

*I am at teacher’s assistant assigned to a specific (typically troubled) student, not to the entire class.

**Freelancers at small papers typically don’t write a lot. I average eight to ten articles for my hometown paper in Placerville each year.