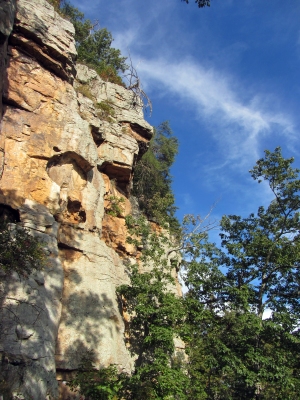 T-Wall — near where I fell

Most people I tell my rock-climbing story are more impressed by my story than I am. Sure, I’ve got scars. There’s a white mark just above my lip that annoys me every day. And?

That’s why it always surprises me, though, when readers suggest I turn my story into a book. After re-reading my story this past January, my friend Vance sent me a message: “So, I just finished rereading your ‘How Not to Die‘ story, and I’m asking myself: How is this not a book? Or, at least, the beginnings of one? It is truly an amazing story, however you take it . . .”

In the past, I’ve always brushed such suggestions off. That’s what I did to Vance. “To be honest, I’ve already written nearly as much as I know to say about my rock-climbing accident. I have no idea how I’d turn it into a book . . .” is what I told him. And that was the truth. In “How to Not Die,” I’ve given the reader everything I can — from my perspective.

That’s when it dawned on me.

Something incredible about the fact that I’m now dating a man from Alabama who lives in Tennessee (who I met in Florida) is that he was in Chattanooga when I had my accident. He lives less than ten miles from where I fell. Some of his friends were part of the Walden’s Ridge Emergency Team who rescued me. See the guy in the gray sweatshirt in the middle of the first picture?

That’s Freddy. In the second picture, the man on the far right is Titus. Jon sold Freddy the big orange flashlight that he’s carrying on his hip in the first picture. He’s worked as a rafting guide on the Ocoee River with Titus for years.

This past October, when I visited Jon in Chattanooga for the first time, we went back to the place where I fell. We found the gravel parking lot where my car had been broken into; we hiked the hill to the base of the mountain where my friend and I had started to climb. It was hunting season and looked a lot different than I’d remembered. The trees still had all of their leaves . . .

“Do not leave valuables in car.” Whoops.

But it’s gotten me to thinking. Maybe there is more of my story to tell. Maybe there is a way I can fill in the missing pieces. It was a long time ago now, but back in the day rescuers like Titus and Freddy told my parents: “99 percent the people we rescue make it. We did not think Jessica was going to make it.” Surely they can’t have completely forgotten a rescue as tricky as mine? There are of course my old physicians, too. I know Dr. Nowotarski (the orthopedist who did my shoulder surgery) still works at Erlanger . . .

And I have you, dear readers, to thank for it. So, thank you!

In search of T-Wall

It was hunting season. If an 80-foot fall couldn’t kill me, I wasn’t worried about a stray bullet. 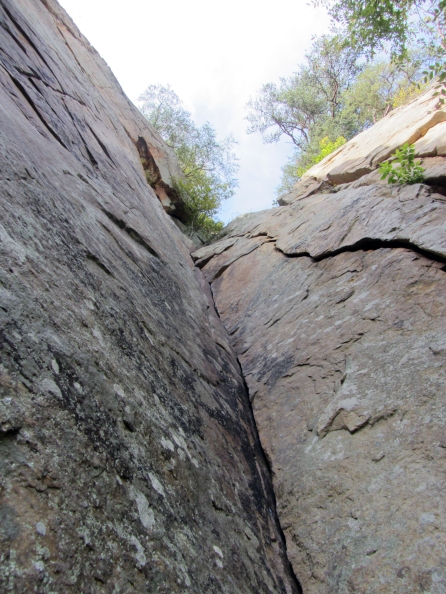 Images: Mine. All Rights Reserved.