I’ve been thinking a lot lately about what it is that makes writing powerful. What is it about a blog that would bring you back and leave you wanting more?

One of my favorite bloggers is one of most irreverent, vulgar, say-it-like-it-is bloggers on the Internet. His writing is awesome, but what makes him powerful is that he is REAL. He doesn’t hide behind a curtain of pretense. Oh, no — he owns his shit. (Pardon my french for those of you who aren’t used to cursing on my site.) He talks about everything from alcoholism to fighting for custody of his child to his religion (or lack thereof) to parenting to . . . And, what’s more, he doesn’t give a damn what others think. He would never apologize for cussing like I just did.

But I don’t just like him because he is real. I also like him because, despite the way in which his mannerisms go against everything I was ever taught was “proper” or “right,” he is a GREAT person. He is a thinking individual who doesn’t dish out bullshit and won’t tiptoe around those who do.

And I respect that.

There is a lot I’d like to say on this blog but haven’t for fear of what others might think. My parents and friends from my former church read this blog. What would they think if I talked about my parents’ divorce or the fact that I no longer adhere to my childhood denomination? What would they say if I challenged everything I’ve ever known and came up with different conclusions than they have? What if I talked about the things that have made me me, which, as I have discussed in previous posts, have not all been me? 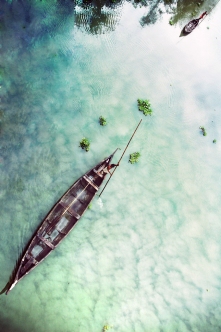 I can’t say that, from all my thinking, I’ve come to any brilliant conclusions. After all the work I’ve put into it, I’m not about to abandon shift in order to start a new site where I could say anything I want. But I will say that I am determined to be even more open than I have been on here . . . even if doing so scares the sh** out of me.

*The blogger mentioned above can be found here. (Thank you, LeClown. And you’re welcome.)