I blinked. I blinked again. Each time I blinked, searing pain ripped across my right eye.

It’d been going on for months. Every morning I’d wake with red, painful eyes—my right eye worse than my left. I’d quit wearing contacts weeks ago, but these days the redness wasn’t clearing up like it used to . . . and drops weren’t helping.

“Something’s wrong,” I told my friend R. We were walking in the the mall at Hang Hau.

“Ya think?” he joked, dodging a woman pushing a stroller.

“I’m serious.” In my pain, I almost bowled into a man with a cane. R pulled me to the side.

R began fussing with his phone and moved over to the railing, out of the main walkway. It was a Friday afternoon and the mall was packed. “Wái . . .” he said, and then started jabbering in Cantonese so that I lost the meaning of his words. A minute later he hung up. “Let’s go.”

“Where are we going?”

“The eye doctor. You have an appointment at 4.”

But R was already on the escalator. 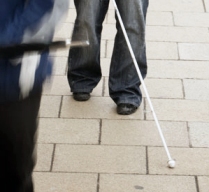 That was a year and a half ago while I was teaching in Hong Kong. (I actually wrote about it while I was there. You can read about it here.) It was the scariest experience I’ve had abroad, honestly. The ophthalmologist said I had contact-caused abrasions on both eyes and that, if they didn’t heal properly, my vision could be affected for life. He gave me antibiotic drops and an ointment to put in my eyes at night. Nighttime was the worst because, with my eyes closed, they lacked the oxygen that they needed to heal. I would often wake at 3 or 4 a.m. in excruciating pain and be unable to go back to sleep.

There is little worse than needing sleep but being unable to close your eyes.

All of that to say that, while the wounds on my eyes eventually healed, I have struggled with dry eyes and sleeping ever since. This past week I had a flare-up and ended up in the ophthalmology office yet again. This time it appears I was causing the harm myself by using a nighttime ointment that contained a preservative. Apparently preservatives are a bad, bad thing.

On our way out, an elderly man was just hobbling in. R held open the door, and I saw that it was the man with the cane I’d nearly run over earlier, and that the cane wasn’t to aid his legs, but his eyes. He was blind.

Suddenly, I saw my own pain in a whole new light.

*A big thanks to R for all of your help so many times!