Ten years ago today (January 25, 2003), I fell 80 feet while rock climbing at T-Wall, a popular climbing site in Tennessee. The doctors said I might not live; when I did, they said I’d never be the same again. Today, not only am I “normal,” most people don’t even know this incident ever happened. This is part two of my story.

There were voices. They echoed off the hills and were magnified by the silence. Flashes of light bobbed in the distance. Leaves cracked and branches snapped.

My rescuers were coming.

My rescuers–I’m hidden behind (image: chattanoogan.com)

My friend stood up. “Over here, we’re over here!” He ran in the direction of the voices.

Moments later, helmets with lights bounded onto the scene. The helmets were worn by people wearing jeans and jackets and thick gloves. Apparently, they had work to do.

A helmet with a mustache knelt beside me. “Hi, there. What’s your name?”

“We’d better call Cliff-Cave,” said a red helmet. “This is farther up than I thought.”

“Kid’s freezin’,” said Mustache. He looked at a yellow helmet. “Where’s that IV?”

“She’s lost half her blood,'” said Yellow, moving in. He handed Mustache a catheter. “This ain’t gonna be easy.”

Mustache was feeling for veins in my arm. “Damn. You’re right.”

“They’re on their way,” said Yellow.

“How you doin’, honey?” asked a helmet with a woman’s voice. I could see her breath in the cold night air.

“O-okay,” I whispered. I was lying. My whole body hurt.

“Are you on any medications?”

Now she was lying. She had no idea if it was going to be okay. I was hypothermic. If they couldn’t get an IV started and warming fluids in me soon, I wouldn’t make it off the mountain.

Things became blurry. The Cliff-Cave Rescue Team arrived. They were wearing helmets, too. Their director started an IV in my leg, and they put me in a “Stokes basket,” a fancy kind of stretcher. The basket was attached to a system of ropes—like a zip-line: because the terrain was so steep, they were going to lower me down the mountain…

At the bottom, they put me in an ambulance. Whirr-err, whirr-err. I was taken to a clearing, the closest place a helicopter could land.

The only helicopter ride I’ve ever been on is a flight I can’t remember. My Life Flight to Erlanger Medical Center. My flight for my life.

By the time I arrived at Erlanger, nearly five hours had passed since my fall. My initial list of injuries included:

My left ear was twice its normal size and would later be diagnosed as auricular hematoma. It looked like a cauliflower. Surgeons also discovered a small tear in one of the branches of my carotid artery and performed a quick surgery to stop the bleeding.

During the first 72 hours at Erlanger, I received more than twenty units of blood, or enough blood to replenish my entire blood supply more than twice. When my parents and brother arrived from California, they didn’t recognize me.

“Your face was twice its normal size,” my dad recalls. “Your eyes were black and blue. You were intubated and had tubes and IVs everywhere. Half your head was shaved and filled with sutures; the rest of your head was red with blood . . .”

My brother passed out. 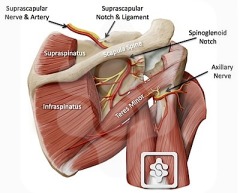 The next few weeks were a struggle. In order to do surgery, my lungs needed to be stable; they, however, were not cooperating. I developed a pulmonary embulus—a blood clot to the lungs—and then Adult Respiratory Distress Syndrome (ARDS), a condition in which the lungs become thick and cloudy and oxygen can’t get through into the blood. I also developed pneumonia and was chemically paralyzed for more than a week—so I wouldn’t fight the ventilator. (I hated it, apparently.)

On several occasions I wasn’t expected to live through the night.

At about week two, I was strong enough to undergo jaw surgery. It was a fairly simple procedure—surgeons implanted a metal bracket in my lower jaw by going through the inside of my lip. At the same time they did a tracheostomy and put in a stomach tube so that I could breathe and eat without using my mouth.

Finally, by Day 23, my lungs were ready: it was time for my eight-hour shoulder surgery. On a scale of 1 to 5, my fracture was a 5+. My surgeon was eager to go ahead: If we waited much longer, the bones fragments would fuse where they lay. In addition, my suprascapular and axillary nerves were embedded in bone and my arm partly paralyzed. Even with the surgery, my arm would never be the same again.

At least that’s what the doctor said.